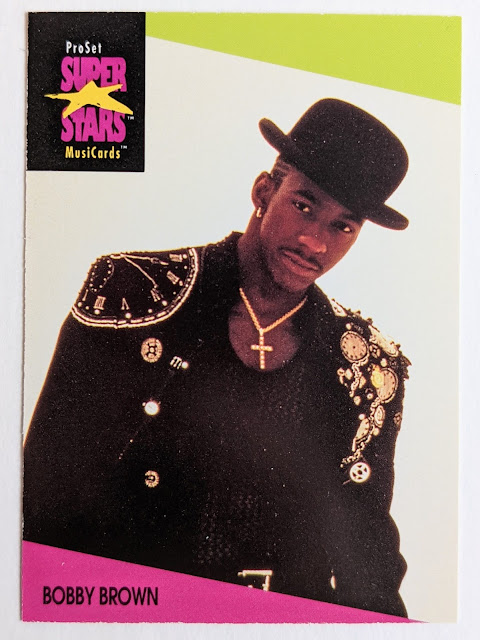 Bobby Brown is #35 in the 1991 MusiCards set, shown rocking a bowler hat, big bling cross necklace, and a crazy clock-themed jacket. His ..time.. may have been running out, but Bobby was still enjoying his moment as a top pop star of the day, parlaying his early days with New Edition into a highly successful solo career in the late 80s and early 90s. 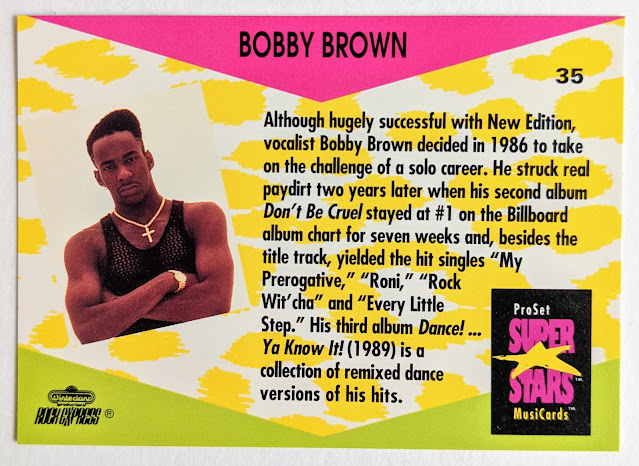 Guess they ran out of room, but another notable career highlight they could have brought up was how his song "On Our Own" was a smash hit off the soundtrack to 1989's Ghostbusters II.
It's funny they say he "decided" to go solo, when the management of New Edition kicked him out of the group. But it worked out for him..
Bobby Brown - "On Our Own"

After this card came out, the wheels started to fall off. His 1992 album Bobby yielded the hit "Humpin' Around" but record sales were down. Bobby's big achievement that year was somehow convincing Whitney Houston to marry him.

But Bobby couldn't stay out of trouble and things got ugly. These days, he still does music once in a while, including occasional reunions with New Edition. 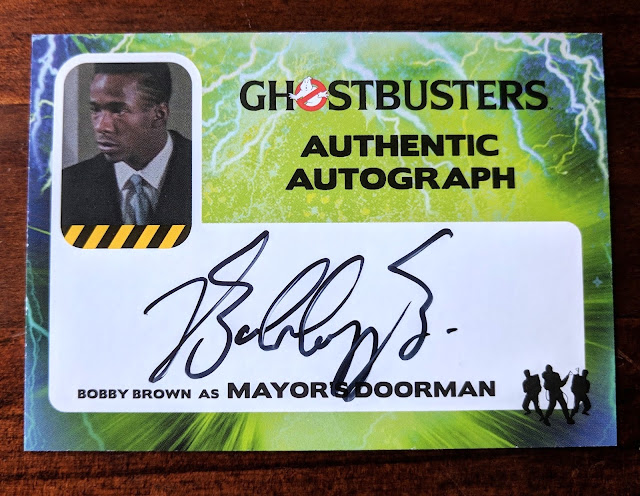 Hey, it's the second act in the set that I have an autograph of (Paula Abdul being the other). I went after the entire Cryptozoic Ghostbusters auto set a few years back, scoring this card along the way. Bobby had a cameo in Ghostbusters II playing the mayor's doorman.

He only has one card in the main MusiCards set, but he has a pair in the UK edition (as does Whitney Houston, who is conspicuously missing from the US version), plus New Edition has a card in the US set. So this isn't the last the blog has heard of Bobby Brown.

Personally, my favorite song of his is "Every Little Step".

Yeah, that was one of my favorite songs back in '89. 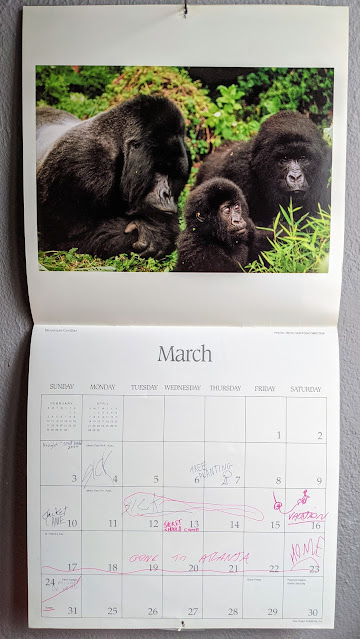 This family of gorillas were up on my wall 30 years ago. Let's take a closer look at what I was up to... 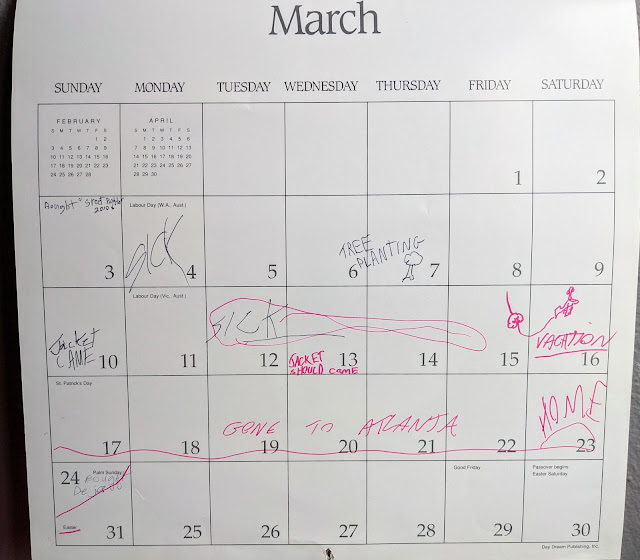 Street Fighter 2010 (3/3) and Deja Vu (3/24) were Nintendo games I bought on Sunday afternoon trips to Target with my mom. Neither game left much of an impression on me.. only vaguely remembering them today.
I also don't remember anything about tree planting that I was apparently involved in for a couple days.
I think the jacket I'm referring to was a black White Sox windbreaker that I really liked. In 1991, the rebranded black Sox uniforms were king of schoolyard sportswear, so I felt pretty cool.
Looks like we spent spring break '91 staying with my aunt in Atlanta. My mom and I visited the MLK memorial and went to the big Coke bottling plant. That was cool. Other memories from that trip include getting busted trying to watch a scrambled adult channel (lol), and dubbing some of my aunt's CD collection onto blank tapes for myself.. I remember George Michael's Faith and some Queen hits among them.

Alrighty, I think that'll do it for today. Let me know in the comments if you've got any thoughts on Bobby Brown to share. Were you getting freaky to "My Prerogative" back when it was atop the charts? Next up starts a little run of pop princesses in the set.