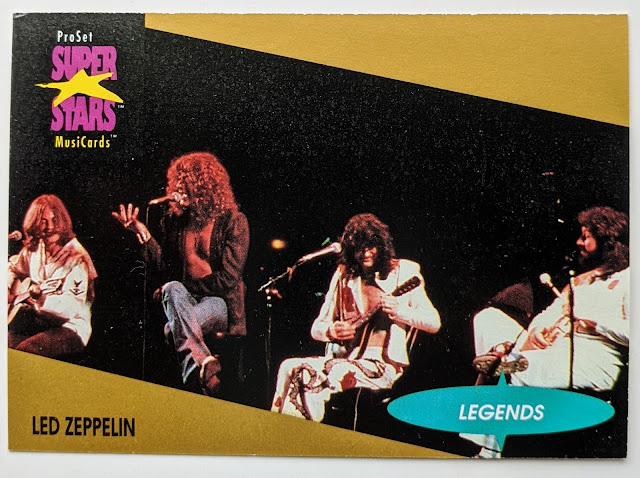 Led Zeppelin is back at card #22 in the 1991 Pro Set MusiCards set. Looks like this copy here has a less-than-perfect top corner. Might have to poke around for an upgrade. I think I've got 2-4 copies of each Series 1 card at this point, so I've likely got a better one around somewhere. Sorting all of them is an ongoing process. If anyone is working on this set (or just looking for a favorite band's card), let me know and I should be able to help out with my dupes.

Oh, and along these lines, congrats are in order for Night Owl recently completing his 1991 MusiCards set! I appreciate the plug in that post, too!

That reminds me of another quick thing I wanted to mention. In my efforts to get more eyes on this blog, I've been trying to get it included in the Sports Card Blogroll run by James B. Anama. If you're not familiar, it's a handy list of pretty much every active blog in the cardsphere. A lot of folks browse that to find blog posts to read, so if you're a blogger, you want to be sure your blog is included there. James is usually very nice and quick to add new blogs. But the fact this is a non-sports blog throws a wrinkle and he's been reluctant to accept my add request. I feel this blog would fit right in under the "SET SPECIFIC BLOGROLL" section. Hey, the Gint-A-Cuffs blog is in there, and that's not strictly a sports card blog either. But I'd also be fine with a new little "NON-SPORT BLOGROLL" section added with this blog among the inaugural class. James might be wary of a flood of Pokemon/Magic The Gathering/Star Wars/etc blogs, but honestly I think that stuff is a whole different "cardsphere" altogether.. one that I'm not even sure exists, or if it does, I haven't stumbled upon it yet. I don't think I've gotten any commenters on this blog other than usernames I'm already familiar with from sports card blogs. I think most of us are familiar with MusiCards being everywhere in the early 90s right there with all the other "junkwax" we ripped at the local card shops back then. So I consider MusiCards closer to sports cards than other stuff that would fall under the "non-sports" umbrella. It's my belief that most card collectors are familiar with MusiCards and would appreciate the variety in blog reading with the occasional music post. And backing me up on that is a Twitter poll James did where the vast majority of respondents voted in favor of him adding the blog.


I received a request to add a ProSet SuperStars MusiCards set blog to the Sports Card Blogroll. Beyond the fact that it's not a Sports Card focused blog, should I add it to the Blogroll? Getting opinions. Please vote and leave comments if I should consider adding it to the site.
— James B. Anama (@bdj610) May 6, 2020

Last I heard from James, he was still considering adding the blog, though that poll was about a month ago now, so probably not at the forefront of his mind. If you think you can articulate reasoning for adding this blog to his blogroll beyond my pleas, please consider leaving James a friendly email or Twitter comment encouraging him to add the blog. Today is the 8-month anniversary of the 1991 MusiCards Blog, but still feels like we're having trouble getting out of the gate, and extending reach in blogrolls such as the one James maintains would be great. I'm not just looking for more page views, but more voices in the comments are very appreciated and make each post much more interesting for everyone. I'm always intrigued to hear other thoughts on the bands/songs/etc being covered.. feelings and memories readers have.. sometimes alined with my experience, other times a much different perspective. I'm not trying to boost my ego with lots of views and comments, rather I'd love to build a little online community for-- as the sidebar intro states-- "taking a trip back in time to the awesome 80s & gnarly 90s [...] talking about the music and more from the era (and beyond)."

Gah, I'm sorry for spending so much of the post on this!

But as for the card, looks like the fellas are in the middle of a seated, acoustic performance. I've watched The Song Remains The Same-- the concert film type thing recorded in '73 and released in '76-- a while back, but otherwise I haven't checked out much live Zeppelin, so I'm not sure if this was a common occurrence at their shows. 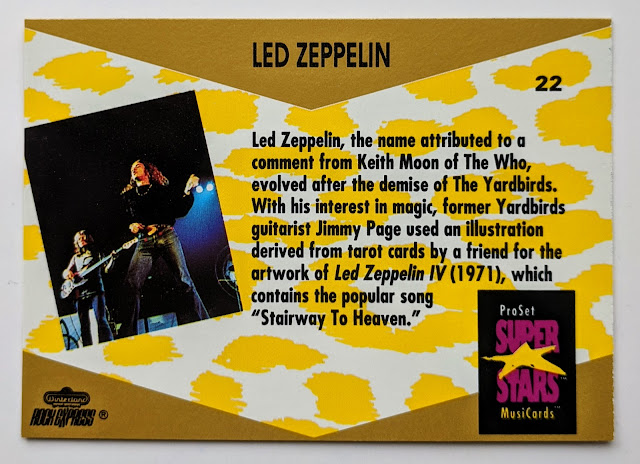 The back features a live photo-- electric, this time-- and a blurb focusing on Led Zeppelin IV.


"Stairway to Heaven" is an undeniably great song, right?! Maybe if you listened to a lot of 70s and 80s rock radio, you might be sick of it at this point. But for somebody like me who was only discovering this stuff around the time these MusiCards were first on shelves, it's still exciting when you hear the song quietly starting up. You know you're in for a ride. Even though I don't really have any idea what Robert Plant is singing about, it makes for an epic narrative song that feels like a short story or film.

With a duration of 8 minutes, it's very long as far as popular songs go. That and "Hey Jude" (7 minutes) were what radio DJs would play when they needed a bathroom break. Listeners couldn't get enough. "Stairway to Heaven" was the most requested song on FM radio stations in the United States in the 1970s.

Going with the first thing that pops into my head here, I figured I'd go with the Butthole Surfers for today's accompanying Custom Corner. They've got an album titled Hairway to Steven (1988), hence the connection. 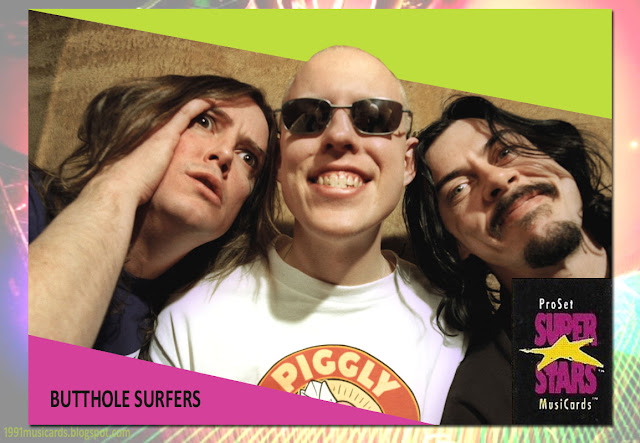 Butthole Surfers are a weird rock band that formed in San Antonio back in 1981. Their albums in the 80s weren't commercial hits but were big in the underground rock scene. Kurt Cobain was a fan and met his future wife, Courtney Love of Hole, at a Butthole Surfers/L7 concert.


The band eventually signed with Capitol Records in 1992, a surprising move that some fans felt was selling out their indie roots. Capitol hooked them up with a big-time producer to helm their major label debut.. (and hey, coincidentally fits well with this post). John Paul Jones, best known as the bassist for Led Zeppelin, produced Independent Worm Saloon (1993), with the single "Who Was in My Room Last Night?" garnering decent alternative radio play, plus got the band on MTV when the video was featured in an episode Beavis & Butt-head during the show's prime.

The follow-up album Electriclarryland (1996) saw the band reach the height of their mainstream success, with the single "Pepper" topping the Billboard Modern Rock Tracks chart and its video getting solid rotation on MTV. Record label squabbles took some wind out of their sails and they seemed to settle back into "underground" status after that record.


They haven't been very active in recent years (latest album was released way back in 2001), though they play live once in a blue moon and may finally come out of hibernation for a new album one of these years.. who knows?

I can't claim to be a huge Butthole Surfers fan, though I've got several songs of theirs in my iTunes library.


There's my personal "best of" playlist for them. Frontman Gibby Haynes has also guested on a couple other songs I like, singing lead vocals on "Jesus Built My Hotrod" by Ministry and "Fire In The Hole" by Deconstruction. The early 90s side project P (with Johnny Depp and Flea) also had a couple tunes I like ("Michael Stipe" and "The Deal"). 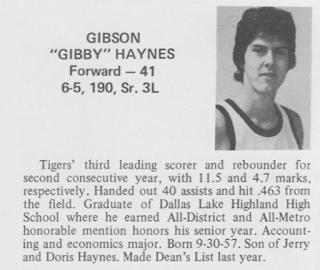 Ha, turns out Gibby was a star on the court back in high school. 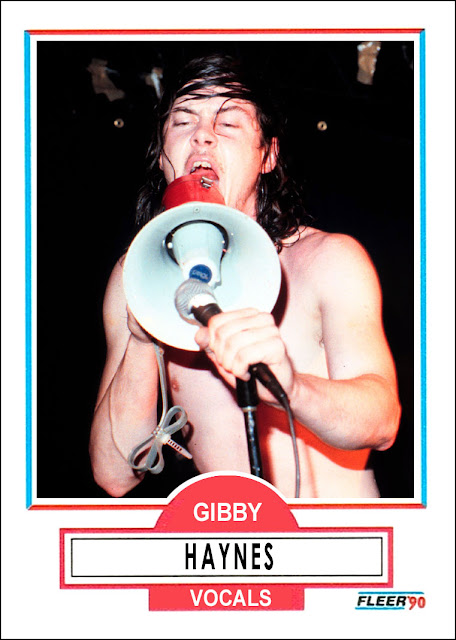 Good enough excuse to whip him up a basketball card custom. Who says this blog isn't a sports card blog?! lol

That'll do it for this post. More Led Zeppelin on deck.

Any thoughts to share on "Stairway to Heaven" or the Butthole Surfers, please feel free to sound off in the comments.
at June 01, 2020