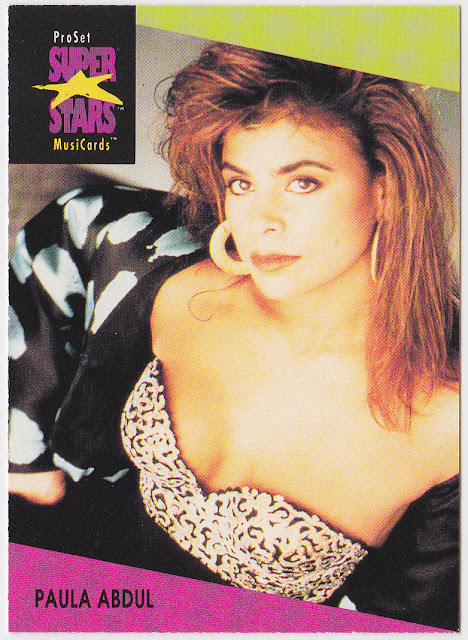 Here's the middle child of Paula Abdul's three cards in Series 1 of the 1991 MusiCards set. It's a sultry photo with a top-down view of the 5'0" firecracker. Prior to Paula, the most skin we've seen in this set so far was back at card #7 where Jim Morrison had his shirt off. 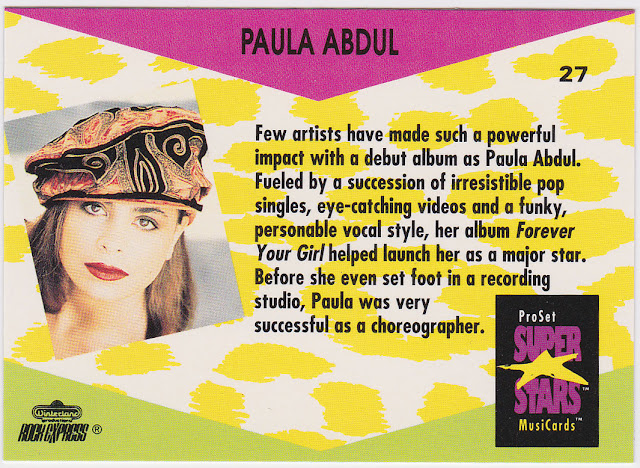 The back photo is kinda jarring-- Paula isn't really known for bold headwear choices, so it made me do a double-take. Still looks good, though. The blurb touches on her breakout as a pop star and echoes the previous card touting her choreography career.
With Forever Your Girl being a smash hit debut record-- it was the first time an artist scored four US Billboard Hot 100 number-one singles from a debut album-- it's easy to forget it didn't have much impact at first. The album was originally released in June of '88, but didn't really start getting traction up the charts until mid '89, going on to be a top seller well into 1990.
My earliest recollection of Paula Abdul was the "Straight Up" video on MTV. The black & white video had a washed out effect to it and the camera bounced around a lot, so seemed like you didn't really get a clear look at her. The feeling was kinda like "Ooh, who's this mysterious new girl on the scene?!" Plus it featured a cameo of Arsenio Hall, who was probably revered as the coolest guy alive to kids my age in 1989, so that gave her some instant cred. There were rumours the two were dating, but turns out they were just friends. I liked the song a lot, but if memory serves, it wasn't until I heard "Knocked Out" or maybe "(It's Just) The Way That You Love Me" that I was compelled to go out and use some allowance money to buy the album on cassette at the local Longs Drugs.
Oh yeah, that "The Way That You Love Me" video had me under her spell. Loved it! Probably haven't seen it in 30 years, but it all kinda comes flooding back to see it again. 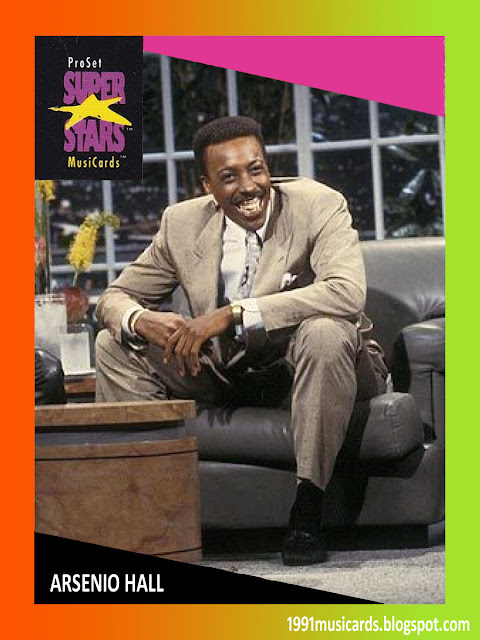 Since I already mentioned Arsenio Hall, let's whip him up a custom. Sure, he's not a musician, but I don't think anyone would have batted an eye had he slipped into the set. He was like the Dick Clark of the era, or maybe a hipper Dick Cavett or Ed Sullivan, helping introduce America to rising acts of the day. The Arsenio Hall Show was a bright showcase for pop artists of the late 80s and early 90s, along with all the hot celebrities and funny quips the show offered. At least at my middle school, I seem to recall the hottest TV shows to the student body were The Simpsons, Beverly Hills 90210, and Arsenio. Oh, and In Living Color was pretty popular too. If you missed the latest episode of any of those, you were hit with serious uncool points against you!

While I didn't know it at the time, Arsenio was also the original voice of Winston in the The Real Ghostbusters from 1986 to 1987, one of my favorite cartoons as a kid. 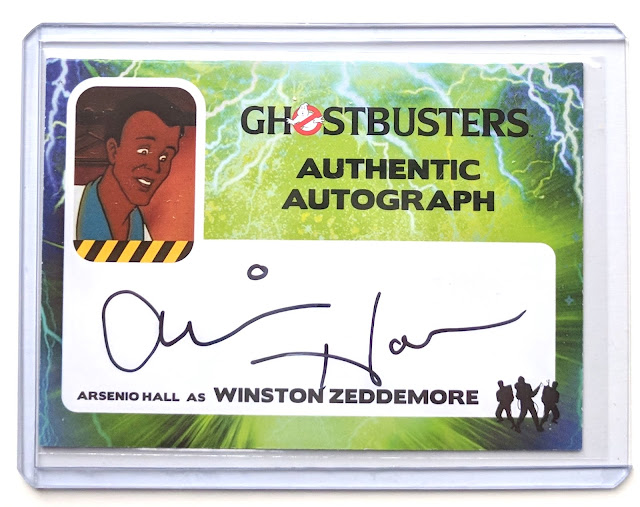 I built the 2016 Cryptozoic Ghostbusters autograph set 2 or 3 years back, and past-me was super stoked to score an autograph from two icons of my childhood in one. 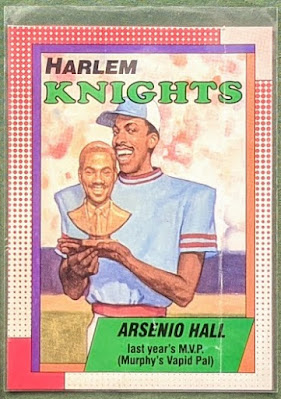 I think the only other Arsenio Hall card in my collection is this biting Mad Magazine cutout from 1990.

If you watched that "Straight Up" video above, you might've noticed that Arsenio has been blurred out. From what I can gather, that happened in the wake of accusations that he played a role in the death of Prince, which made him a persona non grata for a while, though it doesn't look like any merit to all that stuff ever surfaced.

On May 5, 2016, Hall filed a $5 million defamation lawsuit against Sinéad O'Connor after she claimed he had fueled Prince's drug habit and also had spiked her drink during a party at Eddie Murphy's house.[38] Hall dropped the lawsuit after O'Connor apologized and retracted her allegation that he had supplied Prince with drugs.[39]

A fun fact I just learned about Arsenio from skimming his wikipedia entry is that his mother's named Annie Hall. Like the movie!

By the way, another direct connection between Paula and late night talk shows is that the bandleader on Jimmy Kimmel Live, Cleto Escobedo, was in Abdul's live band back in the day.

I was watching this live show from Japan '92 while I was working on this post. Any Kimmel fans who want to see a young Cleto in his big moment centerstage, you can skip ahead to 58 minutes.

That's it for today. I'm curious if Arsenio Hall was as big a deal for you guys back then as he was to kids in my neighborhood. Were you doing that "Roo, Roo, Roo!" fist-pumping thing with your buddies?