While the previous card had probably the coolest picture of the set so far, this is the worst we've seen yet. Was this even shot by a professional photographer, or just a random fan in the audience snapping a polaroid? Seems pretty far away from the action. If not for the name poking out in the upper right, only a 60s rock aficionado would have any idea what band this was based on the photograph alone. 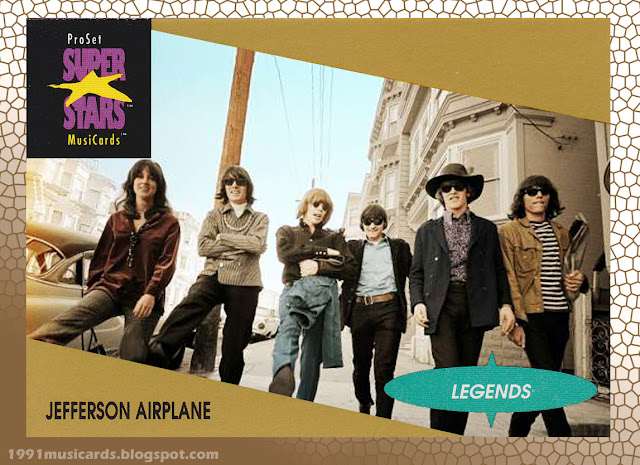 Here's my custom attempt at an improved version using a fun posed photo. In fairness to the team at Pro Set putting these cards together circa 1990, they didn't have the luxury of being able to browse a Google image search and find a cool shot that worked with the design, but rather probably had to make due with limited options provided to them.

Jefferson Airplane has 2 consecutive cards in the Legends subset (the next one has a better photo), plus another 2 cards later in the Historic Concerts poster subset. The offshoot band Starship has a couple cards in the main set as well. 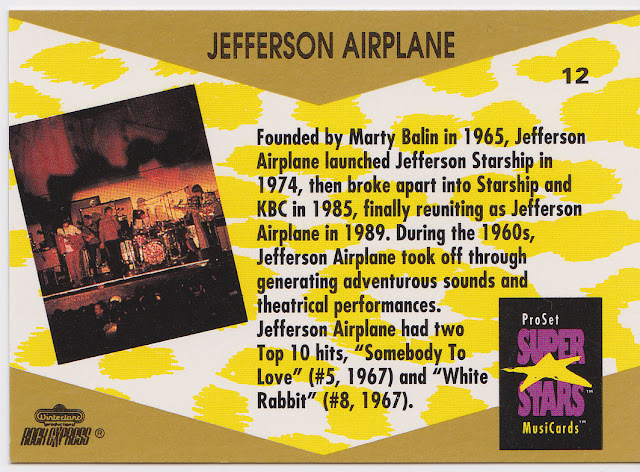 The back features another distant on-stage photo. The write-up might go a little overboard with the aviation puns.

I never really got into Jefferson Airplane, honestly. I know/like their two big hits, but that's pretty much it.

Jefferson Airplane - "Somebody To Love" (live at Woodstock)

For a brief history: They were a psychedelic rock band out of San Francisco that headlined several big festivals in the late 60s, including Woodstock and Monterey Pop. Their classic lineup was inducted into the Rock and Roll Hall of Fame in 1996: Marty Balin (vocals), Paul Kantner (guitar, vocals), Grace Slick (vocals), Jorma Kaukonen (lead guitar, vocals), Jack Casady (bass), and Spencer Dryden (drums).

For a more in-depth history of the band, I'd point you to their Wikipedia entry.

As for where are they now?, many of the original members have passed away, and Grace Slick has been retired from music for several years now, feeling that rock & roll isn't for old people to create. "You can do jazz, classical, blues, opera, country until you're 150, but rap and rock and roll are really a way for young people to get that anger out."

Up until this point in the blog, I've had an idea in my head about which other artist I wanted to pair up in the Custom Corner section for each post, but I'm drawing a blank on this one. 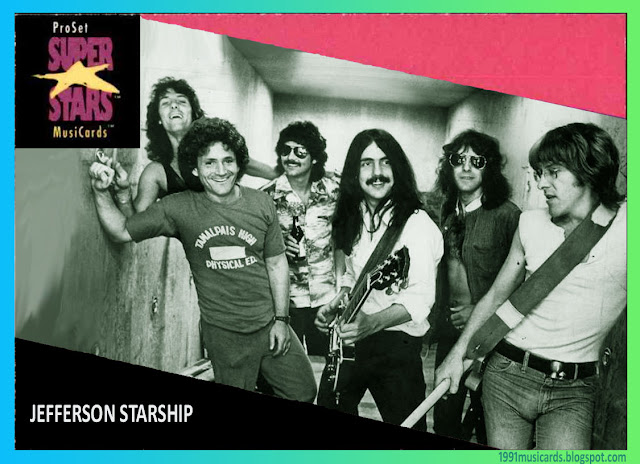 I don't know much of Jefferson Starship, but I love that "Jane" song of theirs, familiar to me thanks to it being used as the theme song for the Wet Hot American Summer franchise. 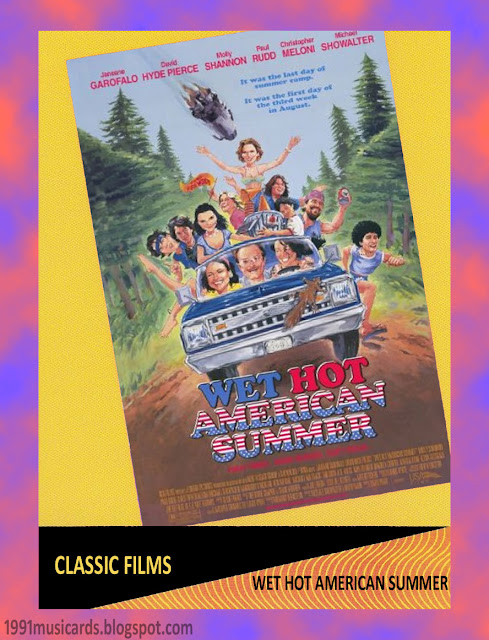 Wet Hot American Summer (2001) is a fun, silly flick that you should be sure to check out if you're into National Lampoon style comedies. Somewhat of a not-very-raunchy parody of teen comedies of the era, it tells the story of a crazy last day at summer camp in 1981. The two follow-up miniseries on Netflix are great too.

Dig the baseball card appearance in Wet Hot American Summer: First Day of Camp. '64 Koufax on the front and '88 Donruss on the back. LOL