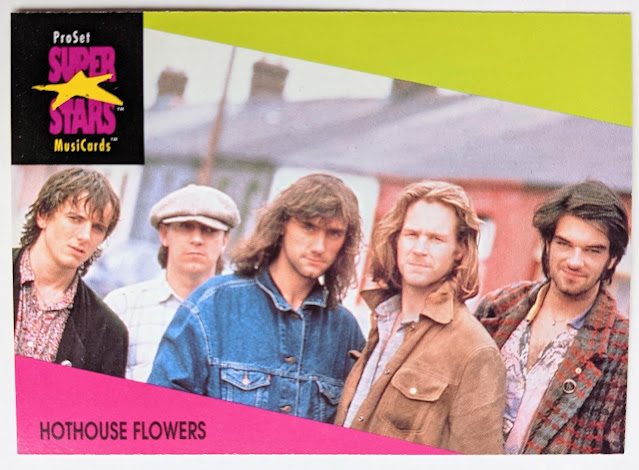 Hothouse Flowers are next up in the set. I've heard the name over the years, but don't know anything about them and can't recall ever hearing any of their songs. I think I conflate them in my mind with Red House Painters just because of the similar name and another band I've heard of but am not very familiar with. 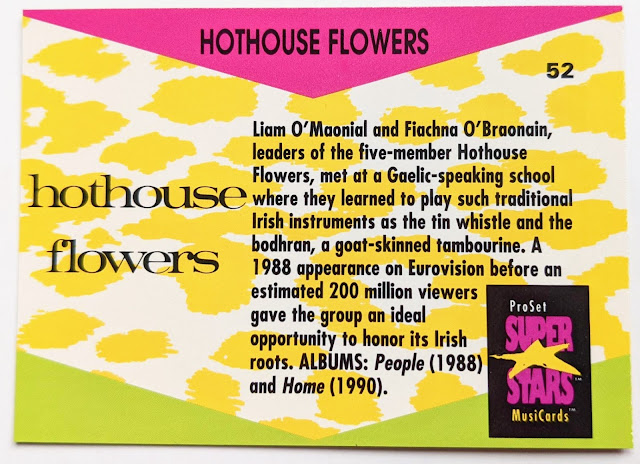 Ah, I'm a little surprised to learn they're an Irish band. Without even hearing them, I bet they get a lot of U2 comparisons.
Hothouse Flowers - "Don't Go"
Looks like their two best-remembered tracks in the US are "Don't Go" and a cover of "I Can See Clearly Now". Listening to some of their greatest hits while working on this post, they remind me a little of the Alarm, Call, and Simple Minds at times. Oh, and some Waterboys. Surprised it's unfamiliar to me, as this stuff would be right up my alley in the early 90s, but I guess my local alternative radio station didn't play them much.
Reading up on them on their Wikipedia entry, Hothouse Flowers are still a band all these years later, with their latest album being released in 2016.
Hothouse Flowers - "I Can See Clearly Now"

Ok, normally I use the Custom Corner segment to make a card for a favorite of mine who's not in the 1991 MusiCards set. This time for a twist, it's a band I'm not at all familiar with, but I think it'd be funny to pair up the Hothouse Flowers with the Red House Painters, and maybe forcing myself into a compare-and-contrast will help me finally keep them separate in my brain. 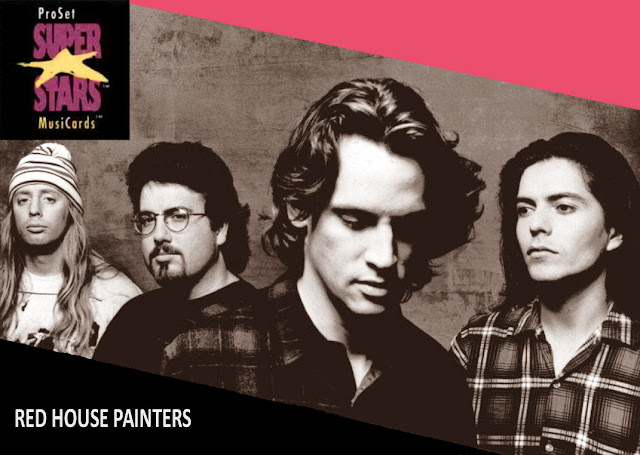 Dibs on the first Blank-House-Blankers band go to Hothouse Flowers who started in 1985, while Red House Painters followed in 1988. They're from San Francisco.
Per Wikipedia, Red House Painters "were one of the most prominent acts associated with the slowcore/sadcore subgenre." So like, mellow, melancholy rock songs. Frontman Mark Kozelek eventually morphed the band into Sun Kil Moon. I'm a bit more familiar with Sun Kil Moon, but haven't listened to a whole lot from them either.
Red House Painters' most popular song is "Katy Song". As I did with Hothouse Flowers, I'm checking out some of their stuff while drafting this post. Some really good tracks! Some of it might be a little too "dreary" to stick in my rotation, but for the post part I can see myself turning to these guys when I'm in a low-key mood.
"Between Days" is one of their more rockin' numbers.

In conclusion, I should now be able to remember the difference between these two bands. Hothouse Flowers are an Irish rock band that have been around since '85. Red House Painters are an indie band out of San Francisco who became Sun Kil Moon and usually keep things mellow. I can dig them both fine.

How about you readers? Are you on one side of the Hothouse Flowers vs. Red House Painters question? Both? Neither?